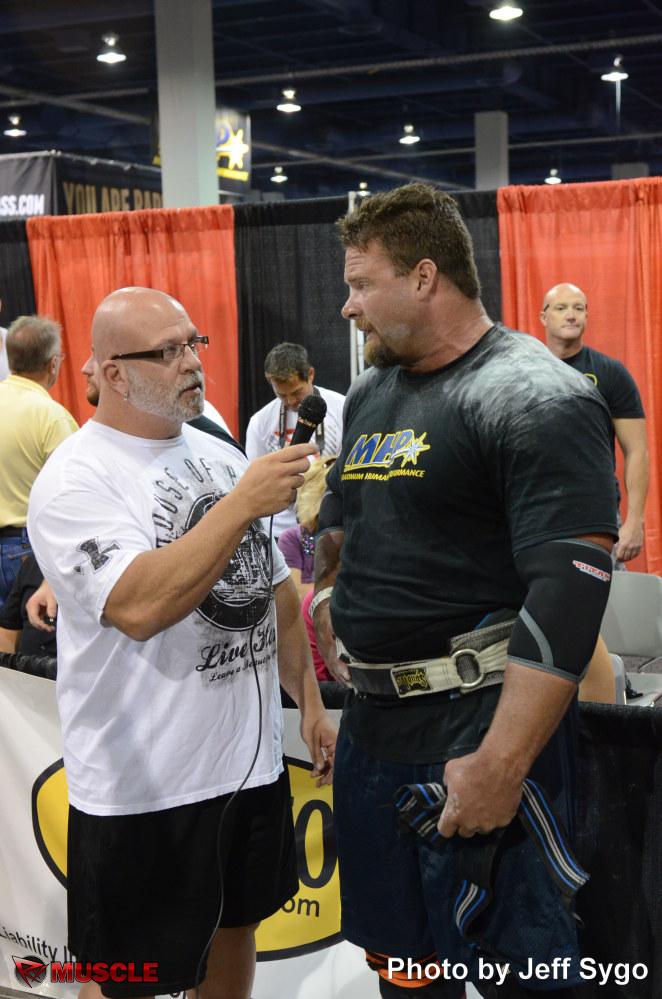 The 2013 version of Americas Strongest Man will take place once again during the Mr. Olympia Weekend in Las Vegas, Nevada on Sept 26th - 29th. Last year saw Mike Burke from Colorado travel overnight from Los Angeles where he had just missed qualifying for the finals at Worlds Strongest Man and domiante a very diverse field for his first ASM win. This year, Worlds Strongest Man takes place an entire 6 weeks prior ot the ASM and the field should be deep in top Americans like Derek Poundstone, Brian Shaw, Mike Jenkins, Mike Burke, Nick Best, Robert Oberst, Marshall White, Mike Caruso, Andrew Palmer and many many more.

Dione Wessels, President of the American Strongman Corporation has annoucned the events for this years show. Below are the events as they will be contested in order. There is a 9th tie-breaker event that is not listed, but will be available if one is needed. This should be one hell of a great show and we are proud at Rx Muscle to once again cover thsi shwo from front to back and bring you interviews, photos and video coverage like no one else has before.

ASC Last Man Standing MAX Log Clean & Press: Each athlete will take each weight. 60 second time limit to complete each lift. Judge will give “down” signal once the weight is steady, head is through, elbows, and knees and hips are locked and the feet are parallel. No built up belts. No resting log on the belt or head. Chalk only.

H-Stone Carry: H-stone lifted from the ground (30 seconds to start) and carried as far as possible. 50 foot course. Foot must touch the line to turn. Chalk only. No built up belts. H-stone must be carried in front. H-stone must be upright. (420#.)