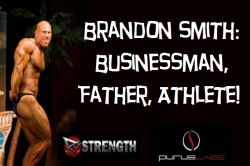 Brandon Smith – age 33, 5'9", 220 lbs. – is a resident of Dallas, Texas, and is the founder and CEO of Purus Labs and Formulife, Inc. He trains at Wylie Boxing Club, 24 Hour Fitness, and various places on the road. Let's learn more about this businessman, father, and athlete!Q: What got you started in lifting, and what were your first memorable lifts?

A: I was always fascinated by bodybuilding magazines, from an extremely young age, and dedicated myself to working out at the early age of 14. My most memorable lift, at least that I can recall, would probably be when I finally hit 405 on bench for a clean double. I can also remember 275 x 5 on power clean and my first raw 500# squat in college, while playing football.

Q: How did you discover weight training?

A: Through the magazines and traditional football workouts in high school.

The Strength Series, Interview #9: Will Dinwiddie!

Details
Published on Thursday, 23 October 2014 19:59
Written by Will Dinwiddie and Curt James 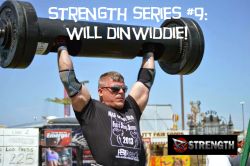 Will Dinwiddie, age 33, is the owner and head strength and conditioning coach at Epic Fitness Solutions – http://www.epicfitnesssolutions.com – in Springfield, Oregon. Dinwiddie has been "actively competing since 2004 in bodybuilding, strongman, powerlifting, MAS wrestling, arm wrestling, and Highland games..." The 5'9" 230-pound athlete was an "Airborne Ranger in the U.S. Army from 1999-2002," and has "three years undergraduate work towards [his] human physiology major..." He is also "EMT-Basic certified." Let's learn more about this iron athlete and coach!

Q: How did you get introduced to the iron – by family, sports, friends, or your own interest?

A: I got introduced into lifting as an 88-pound bullied kid and wanted it to stop, so when I found a way to make myself stronger I spent all my time in the gym. Three to five hours a day 5+ days a week and that has been consistent since then. 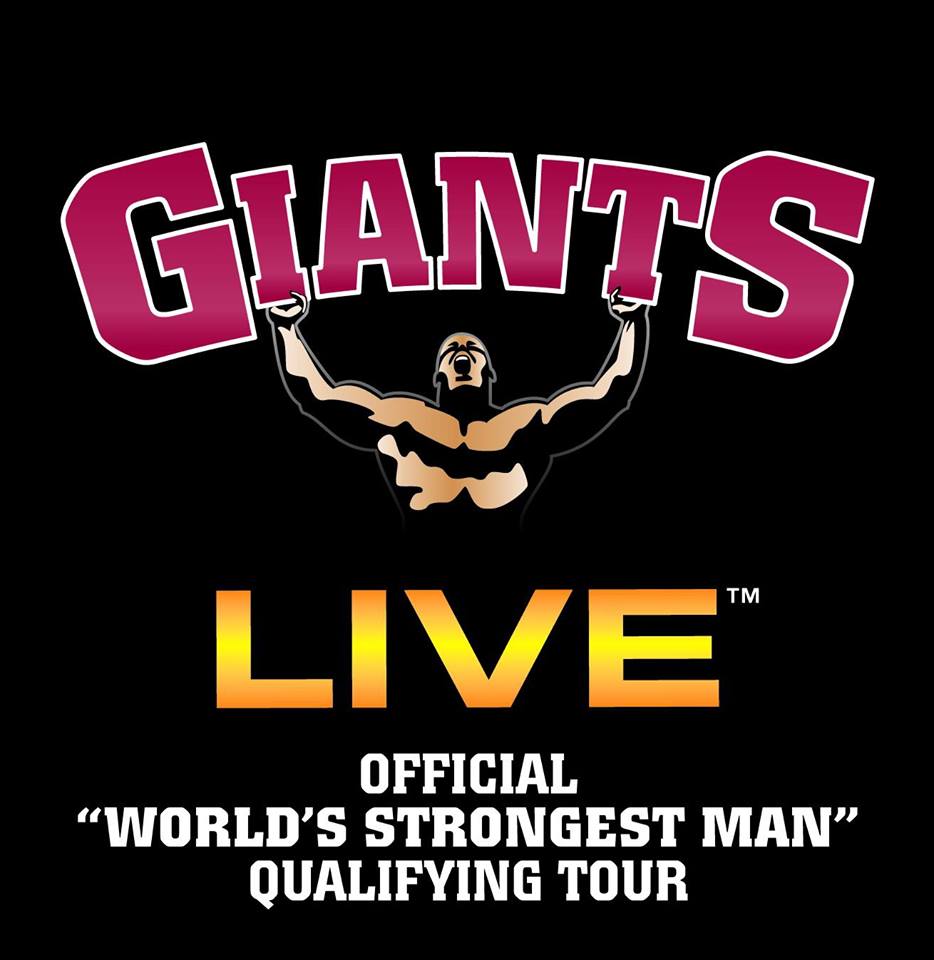 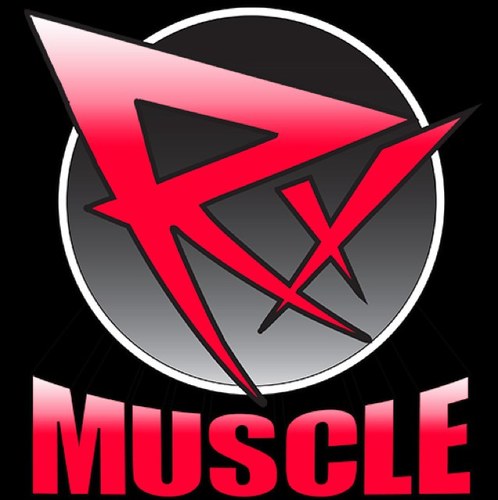 Words Over the Bar #2: Josh Goldthorp! 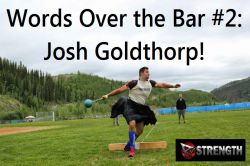 Josh Goldthorp, age 26, and weighing 270 lbs. at a height of 6'4" is a Nationally Ranked Heavy Events Athlete. He suffered a massive heart failure in 2008 at age 19 and wasn't sure if he'd ever be able to compete again. But with the encouragement of his friends and family, he was able to make a full recovery. As a result of his heart failure, he's been competing with a defibrillator in his chest ever since. Goldthorp went on to win the CSAF Amateur Championships in 2010 and made his debut as a professional athlete in 2012. Let's learn more about this Scottish Heavy Events Pro athlete!

Q: Where do you train?

A: Right now I'm training at BLM Barbell in Abbotsford, British Columbia. It's the kind of place where you can't find a mirror and chalk use is encouraged. It's definitely a place to get some real lifting done! I highly recommend it for anyone looking to get serious about their training. 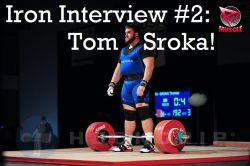 Q: How did you discover Olympic weightlifting events?

A: I got into weightlifting during high school. Instead of doing a regular PE class you had the option of taking a barbell class if you did a sport. I was always intrigued with trying to lift more weight than I did the day before and enjoyed the feeling of self-betterment. I then realized the benefits that training had on my sports performance and dove into training head-on, spending all my spare time in the gym.

As I went through college I was more enthused to be in the weight room training than out on the field participating in my sport. I was an All-American shot putter in college but spent more time lifting than throwing which is why I think the Head Athletic Trainer introduced me to Olympic Weightlifting.

Ariel Stephens, 5'3" and 154 lbs., is a 24-year-old (celebrated her birthday August 15) Olympic weightlifter who competed at the National Championships in weightlifting held in Salt Lake City, Utah, July 18-20, 2014. Let's learn more about this Team MDUSA lifter! 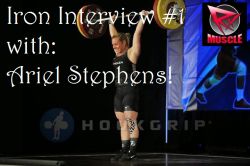 Q: What weight class do you compete in?

Q: Where do you reside?

A: I'm currently in Seaside, California. However at the end of September, I will be making a cross country move to join Team MDUSA in South Carolina.

Q: Can you share any info regarding your training, degrees, and occupation?

A: I have a Bachelor's of Science Degree in Family Resources and a Certification in Spanish. I am also a certified nursing assistant, but am currently not working as one. After I graduated from college in 2012, I moved home to Sacramento, California and began working for a non-profit organization that was contracted with Child Protective Services.

I was a Case Manager for high risk families and provided community resources to alleviate family stressors. This was a rewarding, but extremely mentally demanding job. 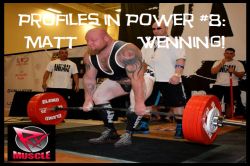 Matt Wenning, age 34, resides in Columbus, Ohio and has an impressive curriculum vitae which includes a bachelor's degree in exercise science, a master's degree in biomechanics, serving as a speaker for the National Strength and Conditioning Association and the Australian Strength and Conditioning Association, as well as participating on an advisory panel for the Pentagon for the U.S. Armed Forces. Let's learn more about powerlifter Matt Wenning!

Are you an only child or do you come from a big family?

I have 2 siblings and mother still living. Grandmother on my mom's side, I'm very close with. We take across the country motorcycle rides yearly to various destinations.

Where do you train?

I train in my own facility – Ludus Magnus Performance Center – where we have all kinds of athletes and general populations, as well as people rehabilitating current or past injuries.